To share your memory on the wall of Erick Harris, sign in using one of the following options:

Erick had his way. He was very direct in his communication but he was also very caring and ready to help out if he could. He was always there when you needed him and you could trust and rely on him. Anyone who really knew “Snoop” had nothing but good things to say about him. People thought of him as being a genuine person and friend.

To send flowers to the family or plant a tree in memory of Erick L. "Snoop" Harris, please visit our Heartfelt Sympathies Store.
Print

We encourage you to share your most beloved memories of Erick here, so that the family and other loved ones can always see it. You can upload cherished photographs, or share your favorite stories, and can even comment on those shared by others.

Posted Jun 07, 2019 at 07:47pm
Know that we ache for you and hope that in due time your family receives solace from the Father of tender mercies and the God of all comfort. He promised that in the Paradise life will be a delight, more than we can imagine. Until then, trust that Jehovah God heals the brokenhearted and he binds up their wounds. Wishing you the strength needed in the days ahead.
Comment Share
Share via:
D

Posted Jun 06, 2019 at 07:04pm
Please accept our most heartfelt sympathies for your lossour thoughts are with you and your family during this difficult time. 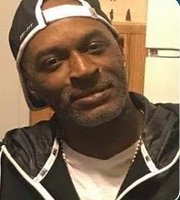